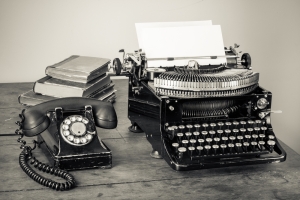 This is where you might expect to read that I went to Oxford or Cambridge (I did in fact go punting in Oxford on a day trip once). With more than a healthy disregard for authority lets just say Oxbridge would not have been the best place to nurture my creativity.

As a child I lived in books hungrily devouring the works of C.S Lewis, J.M Barry, Lewis Carroll, Frances Hodgson Burnett, Roald Dahl, Charlotte Bronte, Charles Dickens and J.R.R Tolkien.  Libraries were a place I could escape to and truly be myself. Ever since I can remember I’ve wanted to be a writer and I credit my school teachers, family and friends for encouraging me to pursue this dream.

There has never been a more exciting time to be a writer.  Punk publishing has enabled writers to produce art for art’s sake.  This revolution in the publishing world is very similar to what was happening in the music industry from the mid to late 1970’s.  Record companies were King and any artist who wanted to make music had to have a record deal.  With their primary driver being profit, record companies played it safe and churned out a lot of formulaic music they thought would sell.

Then Punk happened.  Frustrated by the music on offer bands like The Clash and The Sex Pistols took advantage of advances in technology that allowed for home recording for the first time and started to produce their own music, changing the musical landscape within a matter of months.

Today Punk publishing or Indie publishing is creating the same energy, passion and self belief amongst writers.  No longer dependent on publishers to make their work available, more authors than ever can earn a living from doing what they love.  Readers now have access to a much wider and more affordable selection of work than ever before because there are no overheads to pay.  Experimental genre mash-ups, short story collections and even poetry can be bought for less than the price of a coffee.

Superstar authors such as Amanda Hocking and Hugh Howey have proved that with the arrival of punk publishing authors now have the world at their feet.

I agree with Bob Dylan wholeheartedly when he said ‘People seldom do what they believe in.  They do what is convenient, then repent.’  This is why I’ve worked my butt off to produce a quality novel I believe in and one that hopefully you will all enjoy.  It’s also why with the commitment and dedication of a close friend of mine better known as The Producer –  we have created a new exciting multi-touch e-book unlike anything else on the market.  But you can read more about this under The Producers biography.

All you need to write is access to a computer or pen and paper, free time (so say goodbye to your social life), the ability to disconnect from your phone and the internet and most importantly of all, determination.  As The Producer, is always telling me; if it was easy. everyone would be doing it.

Ernest Hemingway was spot on when he said ‘There is nothing to writing,  All you do is sit down at a typewriter and bleed.’  There are days when I feel like my novel is repeatedly punching me in the face while I am working on it.  However writing can also be extremely exciting, liberating and therapeutic.

If you want to be part of a world where artists are free to produce art for art’s sake then support the revolution that is Punk Publishing, buy the book, be inspired, then sit down and write your own.

Jack of all trades, master of none. Photographer, designer, typesetter, music director and IT support.

A photographer since I was a kid – starting on 110’s – if anyone is old enough to remember them!  Moving on to a series of SLR’S, starting with a Zenit film SLR, which was so heavy you could use it as a weapon if someone tried to mug you!  Finally like Dylan I cracked and went electric and bought a digital SLR and a phone camera.  Love Lomography, hate the rules, photography is art, not an exam – there is no right answer.

Once the author’s done the hardest job – writing the book and generally pulling an entire world of characters, places, magic, dreams and epic storylines out of their head – I come along and bring it all to life.

I’ve worked closely with R.J Madigan from the beginning of this project.  The artwork and design have helped inform the writing and created a fantastic positive feedback loop. Both of us has driven each other and taken The Sword of Air to a place neither of us dreamt of.

I’ve never worked harder on a project.  I’m hugely proud of it and I’m sure you’ll see not just the blood, sweat and tears that went into making it, but also the love.

Buy The Sword of Air, because it’s brilliant, it’s different, it’s like nothing you’ve ever seen. It’s the leading edge of a new wave of Punk Publishing.

Experience the most amazing book you’ve ever read.

This book takes advantage of everything you can do on your iPad or Mac. It has Multi‑Touch, audio, video and more. With this Multi‑Touch book, you’re no longer limited to flat images on paper. Flick or swipe through HD photo galleries. Use a finger to rotate 3D objects. Watch videos spring to life. Or listen to audio that brings the story alive.

You can find the Sword of Air by R.J.Madigan — in the iBooks Store.

The Sword of Air is like nothing you’ve ever experienced. And it’s something you won’t want to put down.